Mental Health has become more prominent on the socio-political agenda in recent years so it feels the right time to write this more personal blog.

Boarding School Survival Syndrome is a recognised psychological condition rarely talked about. It is similar in some ways to Post Traumatic Stress Diagnosis. Here is one comment about it:

[Children] who were sent away to boarding school from their family homes often learnt to endure unacceptably brutal interpersonal practices … When these kinds of trauma emerge in adulthood in the form of stress related disease, inability to sustain meaningful intimate sexual relationships, and mental and emotional breakdowns, adults often don’t even know how to begin to acknowledge their long-hidden pain to themselves, let alone talk to someone else (such as their medical practitioner) about their suffering. This, as we know from the psychological research evidence, often leads to further psychosomatic difficulties in terms of overworking to the point of burnout, multiple serious health problems, and drug and alcohol misuse.”

And, to reiterate some of the common symptoms:

Just as not all war combat personnel will experience PTSD not all ex-boarders will experience these symptoms to the extent that their lives are seriously impacted. However, even some of those who don’t have explicit symptoms may well have buried the hurt so deep within themselves that neurosis will possibly surface eventually.

It was not until my late thirties that I recognised, or acknowledged, I had depression and not until much later that I really made the link between my going to a boarding school and my mental ill-health. You are lucky in the UK(and probably financially well-off) if you manage to get psychotherapy; I had to deal with the trauma by myself.

There was no pastoral care, or what today we call safeguarding, at the school I attended from age 12-19yrs. Some of the teachers were sadistic and psychological abuse was common.

I did these paintings when I was 72 and they ‘process’ the emotional damage in a sequence. The first one shows a boy alone – this is the crucial point; on no account did you let on that you were homesick, or sad, to others. It is even the case that you didn’t let on to yourself that you were sad or stressed!

The second shows the anguish and feelings of abandonment: again completely private and suppressed. I was influenced by Munch’s Scream when creating the main figure in the composition and in painting the background.

The next blog will show the final two paintings and conclude the description. 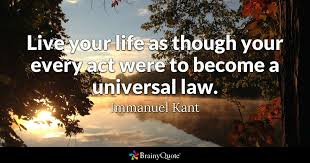 Both Kant and Rousseau were important and influential Enlightenment thinkers. They both believed in the primacy of free thinking and in progress (although Rousseau had doubts about the latter). Kant would, no doubt, have gone along with Rousseau’s “Man is born free but is everywhere in chains.” and Rousseau would no doubt, have agreed with Kant’s “Dare to know. Have the courage to use your own reason.” Here, though, the similarities end. In the remainder of this essay, I hope to show that Rousseau was writing from a predominantly visceral, emotional position and that Kant from a more restrained, abstract intellectual position. Moreover, Rousseau was anti-Enlightenment in many respects. I also think Rousseau’s legacy is more relevant to us today.

In A Discourse on the Arts & Sciences, Rousseau writes:

“What is philosophy? What is contained in the writings of the most celebrated philosophers? To hear them, should we not take them for so many mountebanks, exhibiting themselves in public and crying out, Here, Here, come to me, I am the only true doctor? One of them teaches that there is no such thing as matter. . . Another declares that there is no other substance than matter, and no other God than the world itself.”

Clearly, he has a low opinion of philosophers who sit in ivory towers and debate about abstract concepts unrelated to real life. He would surely have applauded Marx’s dictum:

“Philosophers have only given different interpretations of the world; the important thing is to make it different.”

Unlike Kant, who believed in a kind of benevolent despotism, Rousseau saw the very institutions of society as rotten and corrupting. We can be sceptical today about his ‘noble savage’ but his belief in the essential goodness of humanity can be upheld. He wrote about a kind of Edenic life: the ‘state of nature’, where we were innocent and honest and before artificial self-love compelled us to compare ourselves with others. This belief of his was exemplified in his Emile and his criticism of state education. Far ahead of his times, he believed that the child was naturally curious and seeks to know about the world on its own terms. However, it must be pointed out, he farmed out his own children into a foundling institution; gross hypocrisy, I’m afraid!

Rousseau ends his essay with these words:

“Virtue! Sublime science of simple minds, are such industry and preparation needed if we are to know you? Are not your principles graven on every heart? Need we do more, to learn your laws, than examine ourselves and listen to the voice of conscience, when the passions are silent? This is the true philosophy.” Clearly, his self-awareness had not gone deep enough in regard to his fatherhood but he is, nevertheless, aligning himself with Socrates’, ‘know thyself’ and eschewing abstract philosophy.

Rousseau’s default position, that our original virtue is corrupted by society, means that he is at odds with the Enlightenment programme with its absolute belief in rationality and progress. Kant is more representative in this respect. He believed in free thinking and challenging institutional thinking, but he also ‘made room for faith.’ He wanted the institutions to become more enlightened and believed this could come about through reason alone.

Kant wanted to steer a middle way between science and religion, between the phenomenal world and the noumenal world and also wanted a synthesis of empiricism and reason. His famous ‘categorical imperative’ said that a law should only be accepted if the people could have imposed that law on themselves. However, he was clearly still talking about the elite; at this time much of the population was still semi-literate. Unlike today, with the likes of Trump’s tweets and instant social media, ideas could only circulate amongst the intellectual elite. Therefore, they would have a limited effect. Although he advocated the emancipation of the people, he thought, for example, women and the masses lacked courage to manage their own affairs. His conservatism in this respect was reassuring to the church and crown. He said that The Enlightenment was about gradual progress and not revolution; again this was reassuring to the establishment. He made a distinction between private and public use of free thought. For example, in his private role of clergyman the man of God should obey the church doctrines whereas in his public sphere he could debate and criticise doctrines. Today, we would understand this as ‘academic freedom.’ Nowadays, ideas first explored in academic papers are often taken up by journalists. Think for example about how ‘mindfulness’ has become widespread, or how the devastation of plastic in the environment has filtered down to some supermarkets taking action. In the 1700s ideas would filter down into the public arena more slowly. Of course, revolutions would speed the process up but Kant was eager to disengage himself from such radicalism.

I think, in conclusion, that the legacy of Rousseau can be seen today in such disparate areas as child-centred education, alternative life-styles, responses to the environmental crisis, spirituality and holistic living. Kant’s legacy is more general and circumscribed but can be seen in the move to the democratisation of societies and the spread of freedom of speech.

Have a look at this brilliant TED talk.