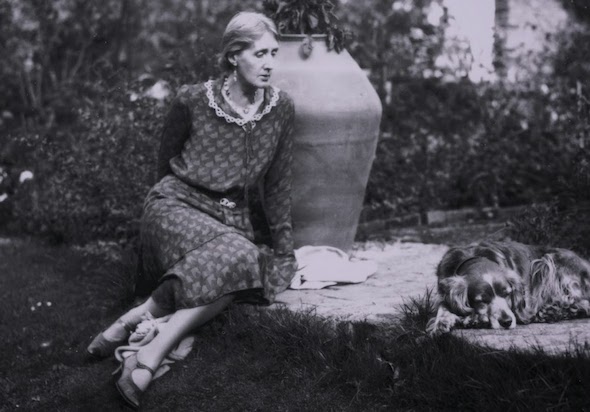 Another essay for my MOOC course on Modernism. The title is: Freud wrote that art was a ‘palliative measure’ that helped people cope with suffering. Discuss his view and how it compares with the views of art and aesthetics of Virginia Woolf.

Sigmund Freud’s and Virginia Woolf’s views about art are diametrically opposed. Freud views art as ‘escapism’ or ‘sublimation’ whereas Woolf sees art as a means of shedding light on the human condition. If we go to see a production of Hamlet, we don’t feel we have been merely entertained; we feel that the play has delved beneath the surface of experience and revealed complex truths about life. Yet, Freud would not elevate the experience in this way. He relegates art to being a soporific prophylactic; a mere diversion from suffering. His psychoanalytical ‘science’ alone is the means by which truth is revealed.

Freud had read Darwin and he, therefore, positioned human beings alongside the rest of the animal kingdom in primarily seeking pleasure and avoiding pain. In Civilisation and its Discontents he explicitly writes that art is a sublimation of the libido:

Another method of guarding against pain is by using the libido-displacements. . . This kind of satisfaction, such as the artist’s joy in creation in embodying his fantasies. . . has a special quality which one day we shall be able to define.

He sees the artist as expressing feelings in the form of fantasies and the recipient (viewer, reader, listener) merely tunes into those same fantasies! As consumers of art he says this:

Those who are sensitive to the influence of art do not know how to rate it high enough as a source of happiness and consolation in life. Yet art affects us but as a mild narcotic and can provide no more than a temporary refuge for us from the hardships of life; its influence is not strong enough to make us forget real misery.

We may concur with the very last phrase but the overall tone is reductionist. This devaluation of art has a long history (Plato banned poets from his Republic!) and can be noted today in various examples of ‘escapism’ – listening to background music, reading detective novels, watching ‘reality television’ and soap operas. Even ‘serious art’ is often regarded as ‘the icing on the cake’ – not to be compared to the pioneering advances in science and technology.

It is not that Freud dismisses art; he just takes a biographical, psychotherapeutic approach to artistic creations. Hence, he analyses Shakespeare and Leonardo in terms of neuroses and defence mechanisms. He admires Dostoevsky but has nothing to say about landscape or abstract art. He is seemingly indifferent to the value or quality of the art-as-object itself. He does, however, see the compensatory value of art as positive as it acts as a safety valve for unconscious desires which otherwise would be expressed in violence or other anti-social acts. (Is this view tenable today?)

Where one can agree with Freud is in his view of the palliative effect of appreciating art – an engagement with art provides considerable pleasure – Schopenhauer even went so far as to say art was the only thing which mitigated against the misery of life! Unfortunately, Freud allowed his psychoanalytical work to obscure the many other attributes of art; there is a whole philosophy of aesthetics which would have left Freud floundering had he been exposed to a fraction of these ideas. (see, for example, Aesthetics by Colin Lyas.)

In To the Lighthouse, Lily would seem to portray Woolf’s position regarding art. Throughout the novel, she is intent on finishing her painting and at the very end of the novel she ‘draws a line there.’ in a moment of intensity and says, ‘It was done; it was finished. . . I have had my vision.’

It is a small epiphany and parallels Woolf’s completion of her novel. Earlier, Lily shows she is aware of the difficulties of authentic expression in art, talking of the imagination:

It was a miserable machine, an inefficient machine, she thought, the human apparatus for painting or for feeling; it always broke down at the critical moment; heroically, one must force it on. . . let it come, she thought, if it will come.

Yet, she also seems to have done what William Blake did; see the world anew, if not in each moment, occasionally:

One wanted to be on a level with ordinary experience, to feel simply that’s a chair, that’s a table, and yet at the same time, It’s a miracle, it’s an ecstasy.

Visual artists are practised in seeing the world in this way; they notice subtle tones of colour and textures. They use their eyes with great intention and deliberation. Lily at one point is ‘screwing up her eyes and standing back as if to look at her picture, which she was not touching.’ Woolf’s writing is quite visual; there are the descriptions of close up details and of far distant views. This switching of viewpoint is a method of portraying the complexity of life. Lily muses: ‘So much depends on distance; whether people are near us or far from us.’ And James says about the lighthouse when it looks different from a previous view, ‘For nothing was simply one thing. The other was the Lighthouse too.’

Woolf, along with many artists, sees the creative process as mysterious:

[…] here I am sitting, crammed with ideas, and visions, and can’t dislodge them, for lack of the right rhythm. Now, this is very profound, what rhythm is, and goes far deeper than words. A sight, an emotion, creates this wave in the mind, long before it makes words to fit it [. .]

R. G. Collingwood (1889-1943) argued that making art comes before having concrete ideas or feelings. In this view, making art is an exploration and the artist does not know in advance what the outcome will be. The motivation is not the discharge of a neurosis; it is an attempt to make a representation of experience; to say something about the human condition and society. The means of saying this is as important as the content.

Woolf uses the ‘stream of consciousness’ to suggest the transitory, the numinous and a spiritual dimension to life. Freud dismisses religious experience as infantile and has a reductionist agenda regarding all spiritual experience. In contrast, Virginia Woolf sees her task as ‘cleansing the doors of perception’ (in William Blake’s words) so that everything might appear infinite. Hers is an expansive vision; Freud’s is claustrophobic.

One thought on “Virginia Woolf Versus Sigmund Freud”