What is spirituality without religion? In a nutshell it is leading a conscious life, doing good and as little harm as possible, without adhering to a religion. For me the Golden Rule of ‘do to others what you would like them to do to you’, is a good general guide to living. ‘Know yourself’ is the other side of the coin. This saying has become a bit of a cliché and it’s possible to pay lip service to it or think that we do know ourselves, end of story. However the deeper aspect necessitates on-going inner work to know – for example – when we are being judgemental or how we are acting from self-interest rather than seeing the bigger picture. More and more people use mindfulness in their daily lives as a way of counteracting their ego-centric view of the world. It’s actually hard work to be vigilant and identify all the little needy habits of thought most of us manifest during the day!
There have been various attempts to write a secular set of guidelines for living in the twenty first century. Lex Bayer and John Figdo, co-authors of Atheist Mind, Humanist Heart: Rewriting the Ten Commandments for the Twenty-first Century (2014), offered $10,000 as prize money in a contest, which drew more than 2,800 submissions.  A team of 13 judges selected the following ten points:

1. Be open-minded and be willing to alter your beliefs with new evidence.
2. Strive to understand what is most likely to be true, not to believe what you wish to
be true.
3. The scientific method is the most reliable way of understanding the natural world.
4. Every person has the right to control of their body.
5. God is not necessary to be a good person or to live a full and meaningful life.
6. Be mindful of the consequences of all your actions and recognize that you must take responsibility for them.
7. Treat others as you would want them to treat you, and can reasonably expect them to want to be treated. Think about their perspective.
8. We have the responsibility to consider others, including future generations.
9. There is no one right way to live.
10. Leave the world a better place than you found it.

Perhaps some of these points are best exemplified in the 1946 film, It’s a Wonderful Life, where the hero is shown how his actions during his life have positively affected others. I would expand point 1 to suggest we hold our beliefs lightly. When we look at the harm done to others in the name of various ideologies we can see where strict adherence to beliefs leads. It’s often said that the way the world would change for the better is if each of us takes on the responsibility of changing ourselves. For anyone new to this inner work, and for a purely secular way into it, I’d recommend watching the video talks of both Eckhart Tolle and Byron Katie.

On the recommendation of a friend this book is very relevant: Waking Up: A Guide to Spirituality without Religion, by Sam Harris.

Through the rain
I read,
Bypass the Hassle
on the back of a bus,
but most people
ignore the injunction
and tie themselves
up in Christmas urge,
push and shove,
shout and shush.
A Christmas tree
in the arms of one
consumer terrorist
becomes
an accidental weapon;
flaying shoppers.
Baubles
burst underfoot.
Songsters
swell the sweet streets
singing of shepherds
and distant deliveries. 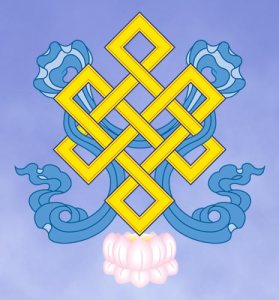 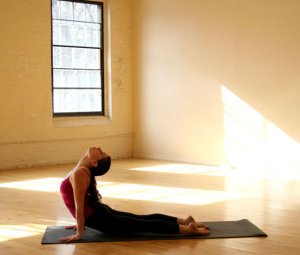 The fish and camel stand inside the door –
twelve giant leaps – the cobra’s
poised to strike; Janus faced –
but we can still build bridges,
at this late hour,
pierce the sun and strike
the warrior pose here
on the roof of the world.
The teacher plays a track
of monkish chants om mani padme hum
and each of us looks into the void.
Sunrise on the Ganges reveals
Shiva, Buddha and Christ;
each reflected in our own
cooling breaths and mountain pose.
Nothing else to do but our bodies bow
towards the sun. Breath in – breath out.

She told her daughter that there was no such thing
as Santa and that his reindeer didn’t visit
and eat a plate of carrots;
but she also told her
she used to be a circus trapeze artist and her dad
a lion-tamer and that’s how mum and dad had met.
She didn’t tell the truth but tell it slant –
she told it straight with a dash
of make-believe.